Moving layers between Photoshop/Animate and After Effects is one of the core features of Timelord and makes export and import as seamless as possible.

Instead of rendering everything visible in a timeline, Timelord will solo then export each selected layer or group as its own file to make compositing in Ae possible.

After layers finish exporting, After Effects will be instructed to batch import the layers and add them to the open Ae comp. 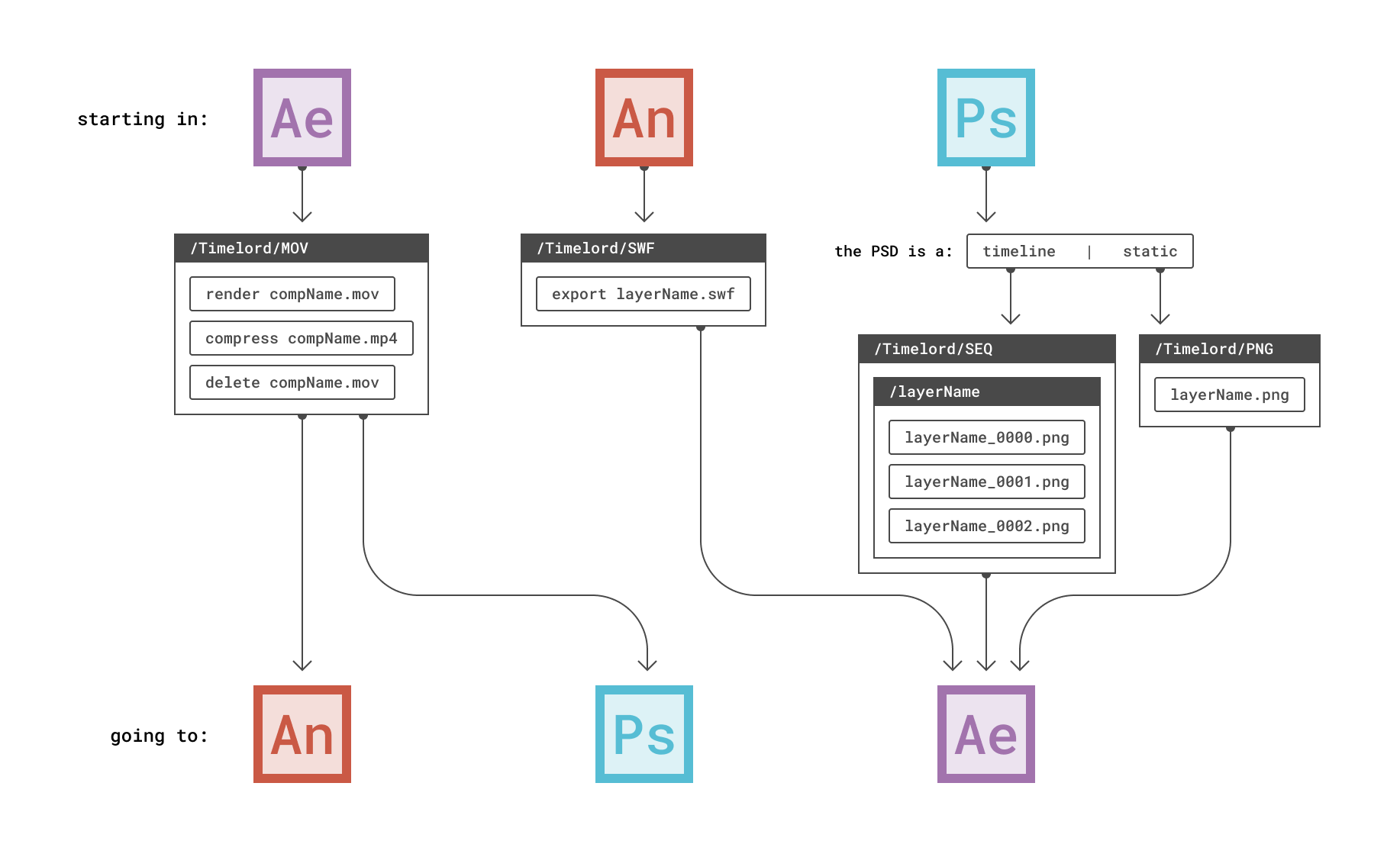 Rendered files will be named based on the layer or group name (Ps/An) or the comp name (Ae). On export, files will be overwritten so be sure your layers have unique names.

To prevent layers from being overwritten in a single export, all layers in your Ps/An timeline will be given unique names. Multiple layers with the same name, they will have incrementing numbers added to their names.

Adobe apps do a lot behind the scenes to cache what you need, but sometimes they fail to update when you replace footage. If you find that your renders fail to update, enable timestamps for the exporting app in settings. Exported files will have a timestamp added to the end so the importing app sees it as a fresh file.

The timestamp is made up of 2 digits for the year, month, date, hour, minute, second.

Selected layers or groups will be exported as individual .swf files.

After layers finish exporting, After Effects will batch import the layers and add them to the open Ae comp. If layers already exist in the project or comp, the footage will be reloaded.

Photoshop files may contain timeline or still layers. Timelord will first check which kind of file it is. If it has a timeline, it will export selected layer groups as PNG sequences. If the project is static, selected layers will be exported as PNGs with transparency.

Once finished exporting, After Effects will batch import the layers and add them to the open Ae comp. If layers already exist in the project or comp, the footage will be reloaded.

The length of the png sequence is determined by the frame range of the Ps timeline. Because files are overwritten with each export, this also means it is possible to export only a range of frames and leave those outside the frame range unaffected.

Blending modes will also be transferred with exported layers when adding layers to a comp.

New in version 1.1, transparent pixels will be trimmed off the sides to PNGs before importing into Ae, and positioned to match their appearance in Ps.

Transferring layers that are already in an Ae comp will update their position and set additional position keyframes at the playhead if already keyframed.

New in version 1.1, text layers will be transferred to Ae as live text. This is only supported on PSDs without a timeline.

If the PSD contains multiple artboards, text layers will only be aligned on the first artboard. Because of some Adobe limitations, it is only possible to find the absolute position of a text within the document –meaning the first artboard.

Did you CTRL/CMD+T to resize the text layer? Unfortunately, Adobe has not made these size changes available to the scripting API. Even though the font size updates in Ps, the code can't see it.

Either create a new text layer with the update size, or SHIFT+Click to export as PNG for use as a reference in Ae.

Ps artboards typically contain a filled background that will show up in PNG layer renders. To avoid this, version 1.1+ will automatically switch this background to transparent. This is available manually by selecting the Artboard in the layers panel then adjusting the Artboard background color within the Properties panel

Ae comp rendering has been removed from Timelord as of 1.1.3. The functionality has been moved to Anubis.

Render the open Ae comp as a video for reference as you draw. From Ae, buttons are color-coded to which app it will be sent. The open Ae comp will be rendered, compressed as an h.264 and imported into Ps/An.

Ae rendering is done with a selected output module first, then recompressed to h.264. Lossless is the default but may be reassigned from the dropdown. If you create a new output module and do not see it in the list, right-click the panel to reload and update the dropdown.

FFMPEG is used to compress the rendered MOV into an MP4 that Ps and An may playback, but due to increased security measures, Mac OS will ask for your approval before running it the first time.

We are not installing or running anything harmful on your machine. Promise.

h.264 is a requirement for Animate and keeps temporary file sizes low for Photoshop. This is a lossy compression and there will be a color shift. Do not color pick this layer and expect accurate color representation.

If the imported video in Ps is unchanged upon re-rendering, restart Photoshop or enable timestamps for renders from Ae. The way Ps stores video data in memory is related to the file name and it cannot always tell when you overwrite a video file. 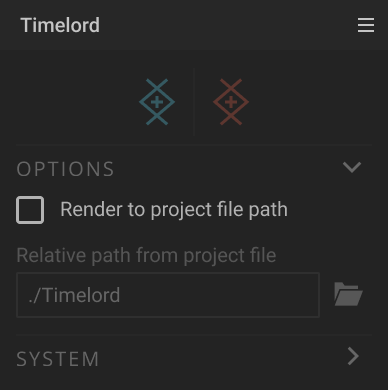 If you prefer knowing exactly where things are saved each time or wish to use your own file management system simply uncheck Render to project file path in the Ae panel's Options (or right click > Customize). Each time you export with Timelord, it will ask where to save files. Exported files will still be auto-imported into Ae.

If you don't have an Ae project saved or Ae is not open, Timelord will ask you where you want to save the files. This may be used to bypass the Ae auto-import if you are handing off layers to a compositor.

Timelord uses the open Ae project file as the anchor from where to export files. This is to support the idea of project folder templates –where all of your assets are stored in the same location each time. As long as you consistently use the same project folder structure you shouldn't need to change this. 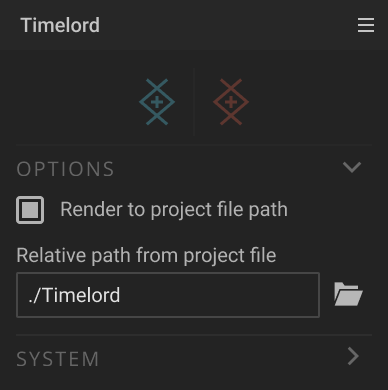 A common location to store renders is one folder up from the Ae project and into an Assets folder:

Exported files are then grouped by type into sub-folders by their file type.

This might be completely new and that's ok. This is a short-hand for how computers view folders and their relation to one another. This is how Timelord knows how many folders to go up and over to save files.

# Render full timeline (An only)

Some workflows may prefer to export a SWF of your full timeline rather than individual layers. This button is hidden by default. Idea via Johannes Fast (opens new window)

This behavior goes against some of the proposed Timelord conventions but hey, it's your project. Work how you want. These buttons are hidden by default.

When importing a PSD to Ae, you will be asked how to import: